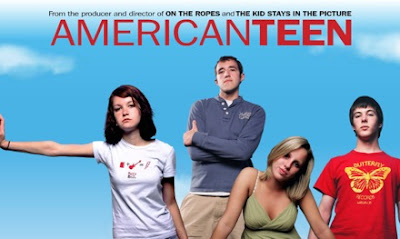 If you’re among the generation that fell in love with The Breakfast Club, it’s almost certain that what captured your heart more than 20 years ago is the same thing that makes confronting the John Hughes classic so embarrassingly uncomfortable today: naked earnestness. With characters that include a tormented buns-taper and a straight-A student turned suicidal shop-class-flunky, The Breakfast Club is a product of its After-School Special/“Just Say No” times. In today’s era of irony and sarcasm, the film’s solemn tones are as out of fashion as a black leather fingerless glove and a sneer. By most measures, The Breakfast Club is closer to Leave It To Beaver than it is to Superbad. Still, while time hasn’t been kind to its hyperactive dance moves and glass-shattering screams, at least one aspect of The Breakfast Club endures: its depiction of high school as a clique-based popularity contest in which the specific rules are as fickle as the overall structure is indestructible.

At least, that’s the impression I get from watching American Teen, a documentary that reveals high school life through the eyes of the jock, the princess, the dork and the misfit. Directed by Nanette Burstein, the film primarily follows four students as they deal with the trials and tribulations of senior year. The players are: Colin Clemens, a good natured jock whose only hope of going to college (and thus avoiding the Army) rests on landing a basketball scholarship; Megan Krizmanich, a self-centered, bitchy achiever whose elitist ego is set to take a massive hit if she can’t get into Notre Dame; Jake Tusing, an acne-plagued, video-game playing band dork whose goal is to land himself a girlfriend; and Hannah Bailey, a free spirited, arts-loving nonconformist who has never been to San Francisco but is sure it will be her salvation. Alas, there’s no principal named Dick, nor is there a cross-cultural bonding moment in all-day detention, and Simple Minds’ “Don’t You (Forget About Me)” isn’t on the soundtrack – it just feels like it should be.

The setting is Warsaw, Indiana, a modest town that’s small enough and old fashioned enough to celebrate its basketball team in the local parade and employ both a play-by-play announcer and color analyst to broadcast the hoopsters’ games on the radio. In 1985, when The Breakfast Club hit theaters, this would have been an ideal fishbowl in which to examine our subjects. But in 2008, Anytown, USA has come to resemble Everytown, USA – and there’s a difference. The kids of Warsaw are raised on the same TV, fast-food and World Wide Web as the rest of us. Even more significantly, these kids have grown up in the era of reality television, and as anyone who followed the metamorphosis of MTV’s groundbreaking The Real World series can attest, there’s a load of difference in the behavior of those who have an inkling of what it means to have your every move documented on camera and those who can forecast the result from voyeuristic experience. The former group learns to ignore their camera-shaped shadows. The latter group never forgets them, and in some cases becomes so conscious of their onlookers that they seem to forget themselves.

Case in point: One of American Teen’s most dramatic, humorous, heartbreaking and thought-provoking situations involves the e-mailing of a topless photo of one student to two friends, one of whom forwards the photo to more friends, who pay the gossip forward by sending it to their friends until eventually the entire student body seems to have seen the student’s exposed body. As portrayed in the film, the photo topples into e-mail inboxes with the momentum and speed of falling dominoes. One of the students hitting send with machinegun rapidity is Megan, the homecoming queen without a conscious. This episode is by no means the only time that Megan behaves cruelly, but the incident marked the first time I suspected she might be playing to the camera. Why cement her status as a cold-hearted bitch? Because in high school, having a negative reputation is often better than having no reputation at all. Watching Megan maliciously forwarding the photo to everyone she knows, we are most definitely bearing witness to the shortsightedness of youth, while also getting a primer on the effect of modern technology on teen culture. But are we seeing Megan, or are we seeing a persona of Megan’s creation?

Maybe it doesn’t matter. Maybe there’s no difference. Image management is such a significant part of high school that it could be safely argued that Burstein’s observations of the superficial are more revealing than her attempts to search the souls of individuals who have spent very little time soul searching on their own. The drawback is this: the subjects of American Teen so perfectly meet their stereotypes that the film is hardly worth watching. It’s an enjoyable documentary to the degree that the subjects are engaging, and it provides a haunting and nostalgic trip down memory lane, but it isn’t especially revealing. American Teen is an amalgam of Breakfast Club iconography and reality-TV posturing from teens who don’t know any other way.

At 95 minutes long, the film also suffers from too large a cast or too small of one. With only four major characters, the documentary already oversimplifies the high school sociological cool chain, but it would be better off with just two subjects. Sincere as their college aspirations are, Colin and Megan are bores compared to their knowingly awkward and yet strangely confident counterparts, Jake and Hannah. Burstein could have followed only the latter two and called her film Fitting In. As it is, the high school year seems to unfold around just four or five mini plots, as if Burstein dropped in on her subjects once a month and made do with the limited footage. Jake’s determined quest to find love and Hannah’s comparatively haphazard efforts to find herself are so charming and at times heart rending that time spent away from them is time wasted. With a greater reliance on talking-head interviews, Burstein might have revealed her subjects more quickly, in the model of the Up series, but her desire to let life unfold in front of her camera is admirable if not entirely successful.

With so many teens documenting their own lives via YouTube, the blogosphere and social networks like Facebook, a filmmaker needs to have a specific goal and scintillating material in order to make a noteworthy documentary about the age group. Neither American Teen nor its cast of characters leave any indelible impression. For the moment, I wonder how Jake is doing with the ladies and whether Hannah’s spirit remains indomitable, but I also regret that I know so little else about them. In its best moments, American Teen finds high school’s overlooked. But then it looks past them once again. I wish I could say that I won’t forget about Hannah Bailey, but I will.
Posted by Jason Bellamy at 10:56 PM

I love this film, and I found the students to be realistically and memorably portrayed. I laughed with them and at them - and I felt touched by their turmoil - because as a teacher of American teens for the past 22 years, I felt I was seeing students I have known and taught.

Although the film follows the sort of teen-types format of the John Hughes teen classics that forever impressed upon us the existence of the queen bee, the techno nerd, and the heartthrob, this is actually part of the film’s reality. Teens fall into types. That’s what teens do. Looking for their identities, they fall into types in order try that type out and move on, or nestle in that type’s society for its protective comfort. (Adults do that too.) Are there other types? Sure. Do the five American Teen types exist? Certainly. Labels and stereotypes aside, by the end of the films multiple storylines, I felt I had met real teenagers with real problems. Interestingly, one or two of these stories might inspire a subsequent Juno-esque film; and although Hannah, Megan, Jake, Colin, and Mitch were unknown, ordinary teens during the filming of this documentary, the success of the film turned them into celebrities, so that what lies in the future for them might well be influenced by their “stardom.” But that hardly mars the reality of their film personas; for now, suddenly, they are no longer American teens.

This is one of my favorite films of the year.

There are several recognized teens high schools in USA which provides college preparatory environment to students that promotes academic excellence, leadership skills and other qualities in them. They schools appoint the experienced and educate instructors.