There’s a new meme taking the blogosphere by storm, and I’ve been tagged by Cooler pal Fox of Tractor Facts to participate. The charge? To name my 10 favorite movie characters of all time. That’s characters, take note. Not performances. As meme originator Squish puts it: “Hamlet, Sherlock Holmes or Bond may be your favorite filmic sight on screen but you may hate the Mel Gibsons, Basil Rathbones or George Lazenbys who've played them.”

OK. Easy task, right? Or incredibly difficult. I’m still not sure. There are a number of ways to approach this. The first thing I did was to attempt to look beyond performances. For example, Terry Malloy in On The Waterfront is a favorite character of mine, but he’s made interesting in large part because of the brilliance of Marlon Brando. Put a lesser actor in that role and Terry is just a meathead working the docks, not a cinema treasure. Thus, Terry is out. In his place I tried to pick characters I thought were written or implemented in such a way that they were can’t-miss. That said, you don’t get to be a top-10 cherished character without being powered by tremendous acting (of some kind), and I’m sure some great-on-paper characters have been overlooked entirely or forgotten too quickly due to lackluster performances. So you can never completely remove the performance aspect, but I tried. To a point.

I also excluded characters based real people and characters I thought were established in print before they became creatures of the movie screen. Then I really concentrated on the word “favorite” (not “best”) and went with my gut. I scribbled down about 16 names and cut it to 10.

Give me another hour, I could give you an entirely different list. But, for better or worse ...

My 10 favorite characters in the movies (today, at least) ... 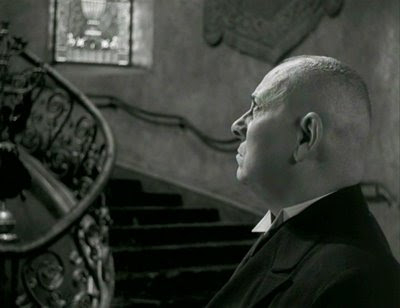 Max (Sunset Boulevard, 1950)
You’re thinking I picked the wrong character, right? I hear you. Norma Desmond is a classic character, no doubt. But do you know what’s more interesting than a monkey-loving suicidal forgotten silent film star with delusions of grandeur? It’s a guy who used to be her director and her husband who now lives with her as her butler and is dedicated to her happiness. That’s Max. (Quote: “If madam will pardon me, the shadow over the left eye is not quite balanced.”) 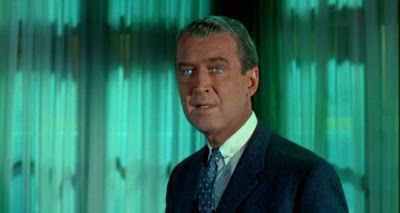 Scottie Ferguson (Vertigo, 1958)
Homeboy falls in love with a woman, witnesses her fall to her death, finds a woman who looks like her and then painstakingly recreates this woman to look like the now dead woman he was in love with. Need I say more? Didn’t think so. (Quote: “Judy, please, it can’t matter to you.”)

Mrs. Robinson (The Graduate, 1967)
Anne Bancroft’s performance here is one of the greatest of all time. There’s not a stone of Mrs. Robinson’s psyche that goes unturned. That said, even on paper the character is fascinating: a grown woman and mother who seduces her friends' son while trying to run from the misery of her shattered dreams. Forty years later, female characters this well-imagined are still hard to find. (Quote: “Would you like me to seduce you?”) 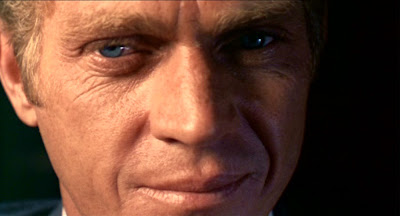 Thomas Crown (The Thomas Crown Affair, 1968)
This isn’t my favorite Steve McQueen performance, but it has to be his most compelling role. Thomas Crown is a rich dude who plays polo, beds women and, oh yeah, orchestrates bank robberies for the pure fun of it. Brilliant! I think somewhere between McQueen’s performance and Pierce Brosnan’s take on the character from the 1999 remake is the best Thomas Crown. If a third version of this film gets made, I’ll watch. (Quote: “Let’s play something else.”)

Percy Garris (Butch Cassidy & The Sundance Kid, 1969)
Ah, Percy. He spends his days in the most out-of-the-way place in all of Bolivia and doesn’t bat an eye when two Americans show up looking for work. He spits tobacco, he sings, he answers his own questions. Strother Martin provides a colorful scene-stealing performance, but Percy was always going to upstage Butch and Sundance in their limited time together on screen. (Quote: “Morons. I’ve got morons on my team.”)

Darth Vader (Star Wars, 1977)
Why? Because he’s the ultimate figure of evil, and I’m from the Star Wars generation. To me, Darth Vader will always be the gold standard of cinema villains. (Quote: “I find your lack of faith disturbing.”)

John McClane (Die Hard, 1988)
OK, so this one owes a lot to the performance of Bruce Willis. A lot. But, like I said above, I discounted the acting only up to a point. That said, dated though the 1980s dialogue is, John McClane’s lines have swagger even on the printed page. (Quote: “Yippee-ki-yay!”)

Catherine Tramell (Basic Instinct, 1992)
Let’s see: She writes books, fucks men, fucks with cops and kills guys … with an ice pick. Did I mention she doesn’t wear underwear? (Quote: “Have you ever fucked on cocaine, Nick? It’s nice.”)

Winston “The Wolf” Wolfe (Pulp Fiction, 1994)
With all due respect to Harvey Keitel, here’s a character so well written that even Nicolas Cage couldn’t screw it up. No other character in cinema history casually jots notes like: “One body. No head.” No other character would show up at a suburban home that’s hiding a bloody corpse and introduce himself with the professional dullness of an electrician. No one else would kill time during bloody-body clean-up by talking about oak furniture. The Wolf is a can’t-miss character. (Quote: “Now when it comes to upholstery, it don’t need to be spick and span. You don’t need to eat off it. Just give it a good once over.”)

Captain Jack Sparrow (The Pirates Of The Caribbean: The Curse Of The Black Pearl, 2003)
Captain Jack's greatness is all due to Johnny Depp’s Pepe Le Pew meets Keith Richards portrayal, right? Well, sort of. Depp makes him classic, sure, but this is a pirate with black teeth who thinks he can bed any woman. He’s a pirate who makes his entrance on a tiny sinking boat who thinks he can take control of any ship at sea. And, well, he’s a pirate. Gotta like that, right? I do, and it's my list. (Quote: “Commandeer. We’re going to commandeer that ship. Nautical term.”)

Oh, almost forgot: I tag Hokahey, Craig, MovieMan0283, FilmDr and Daniel Getahun, and anyone else who wants to play along in the comments or at your own blog.
Posted by Jason Bellamy at 9:56 PM

Hoooo boy! Okay. I'll have to give this one some thought....

Great picks, especially love your selection of Max. I completely agree with Thomas Crown, because I love the Pierce Brosnan version a lot, so it seems he can be played by multiple actors having very much the same effect.

To this I would add Bianca the blow up doll from Lars and the Real Girl. Why? Most of the humor and drama surrounding the most emotive moments happen because of her and the writing is such that she does become a real person to the whole town, not just Lars. Not sure if she would qualify in your criteria but I think the writers created her to be a true character in the film.

I'm with you on Percy, although I love him for Strother Martin. That guy is like Walter Brennan, he can just show up in any western and take scenes away from any number of leading actors.

I would've picked Mrs. Robinson if you hadn't already done so.

This will be fun. Difficult...but fun.

Max is a littl ebit of a stretch isn't he? Can you really imagine him apart from Erich in the role? And as for the character being "based on a real person," don't you think the character was partly based on the actor who played him? But I suppose that would fall under the rubric of "written for" which you, prudently, did not exclude.

I've still got a few ideas for additions to the 10/20 favorites lists that have been making the rounds since December. One quite obvious (it will probably be taken if I don't jump on it soon), the other, the more compelling one I think, not so much.

Thanks for the comments, all.

MovieMan: Could I imagine him apart from Erich von Stroheim in the role? Absolutely. Do I think that the part was tailored for EvS and that his performance is flawless? Absolutely. In other words, I'm glad about how it all worked out. But with lines like, "If you need help with the coffin, call me," I think a number of actors could have pulled off the part in different but equally memorable ways. Still, a good point.

Yikes, I need to get on this this week. I'm glad it's an exercise in "favorites" and "fun" instead of serious classics, because let's face it, I haven't seen nearly enough serious classics.

That being said, Jack Sparrow drives me nuts. Or rather, the fact that Depp was nominated for Best Actor for playing Jack Sparrow drives me nuts. If the Academy is going to open it up to performances like this, I feel they should at least do it on a regular basis. Like Jim Carrey in Dumb and Dumber (I'm serious) or, well look at that, Robert Downey in Tropic Thunder. Guess I should eat my words. I just don't like the POTC movies - yarr!

Gotta love any list with Strother Martin on it.

Failure to communicate my ass!

Alright, I did it.