I expressed most of my Steve McQueen thoughts in my two previous submissions to the Steve McQueen Blog-a-thon: the “5 for the Day” piece at The House Next Door and the video essay “Steve McQueen: King of the Close-Up.” But here are a few more ruminations and ramblings related to the King of Cool.

When The Great Escape Got Greater
The first Steve McQueen movie I ever saw was either The Great Escape or The Magnificent Seven. I saw both when I was about 10 or 11 and I loved them immediately. Although The Great Escape didn’t inspire me to dig a tunnel of my own, it opened up my mind to the possibility that “old movies” could be just as exciting as those made during my own lifetime (a novel concept at that age). Soon, I owned The Great Escape on VHS, and I spent my middle school, high school and even college years excitedly showing it to friends, many of whom hadn’t heard of the movie or McQueen. (It almost goes without saying that the movie was always a hit.) By the time I was 21, I must have seen The Great Escape two dozen times. Or so I thought.

It was around then that I got my first DVD player, and of course The Great Escape was among my initial DVDs. One afternoon I settled in to watch a movie I thought I knew by heart, only to find it thrillingly new. Until then, you see, I’d only seen The Great Escape in the standard pan-and-scan format of VHS. My DVD copy presented the film in its full (2.35:1) widescreen glory. What a difference it made! Now shots of Hilts speeding toward the Alps near the film’s conclusion were panoramically breathtaking. Now shots of the prisoners arriving at the camp in the film’s opening revealed more than a half-dozen trucks in a row instead of two or three. Most importantly, now, for the very first time, I knew the size of Hilts’ familiar cell in the cooler.

Stop reading. Look at the image that makes for the masthead here at The Cooler. That shot? I’ve only known that shot for a little over a decade. In pan-and-scan, we never saw Hilts’ entire cell in one shot. Instead, when Hilts tosses his baseball against the floor and walls of his cell, we’d get a shot of Hilts throwing the ball, then a cut to the ball hitting the wall, then a cut to Hilts catching the ball. Over and over again. Rinse and repeat. Consequentially, I always assumed that the cell was at least two times bigger than it actually is. The DVD-inspired renaissance of widescreen restored The Great Escape to its original glory. For me, there’s no better example of the ills of pan-and-scan than its perversion of Hilts in the cooler. Widescreen has never delighted me more.

Misspelled, With a Bullit
As I type this, I’m facing a poster for Bullitt, which is one of two Steve McQueen images among the five framed posters in my apartment (the other one shows McQueen as Virgil Hilts in The Great Escape). I bought the Bullitt poster at an outdoor sale when I was a student at Washington State University, and so I’ve had it for more than 12 years. But it was only about 10 years ago that I realized the poster’s flaw: Though the bold print atop the poster correctly touts “Steve McQueen as ‘Bullitt,’” the blurb underneath reads thusly: “Not many freaky cops like BULLIT around. You look at the Italian shoes and the turtleneck and you have to wonder. You listen to the official beefs about ‘personal misconduct,’ ‘disruptive influence,’ you figure he’s got to be up for trade. But when some rare Chicago blood starts spilling in San Francisco, they give BULLIT the mop. They weren’t exactly doing him a favor. But they’ve done a great big one for you.” OK, first of all: How cool is that blurb?! But, back to the point, how on earth did someone manage to drop a ‘T’ in Bullitt without anyone noticing? Oops.

Portrait of a Kung Fu Wannabe
In preparation for the blog-a-thon, I dusted off my copy of Marshall Terrill’s 1993 biography, Steve McQueen: Portrait of an American Rebel, which until recently had been boxed up with some other books I hadn’t touched since college. It’s a good book – personal and revelatory without seeming sensationalistic – and the process of rereading it reintroduced me to bits of trivia that I had forgotten. Perhaps my favorite forgotten factoid was this tidbit: McQueen was a pallbearer at Bruce Lee’s funeral. Surprised? So was I. The two (eventual) stars became connected when McQueen met Nikita Knatz, one of Lee’s training partners, on the set of The Thomas Crown Affair and asked (er, nagged) to get some martial arts training of his own. Soon, McQueen and Lee became companions. “Both men had what the other wanted,” James Coburn says in Terrill’s book. “It was two giant egos vying for something: stardom for Lee and street-fighting technique for McQueen.” When Lee got his first movie deal, he called himself the “Oriental Steve McQueen.” Lee then bragged to McQueen that he’d have a more worldwide audience. In response, McQueen sent an 8x10 glossy to Lee signed, “To Bruce, my favorite fan.” The two weren’t friendly rivals so much as rivals pretending to be friends. And although McQueen’s influence on Lee is difficult to pinpoint, Lee’s influence on McQueen is easy to spot. If you’ve ever wondered why Doc McCoy finishes off a butt-kicking in The Getaway with a rather goofy karate chop, now you know. 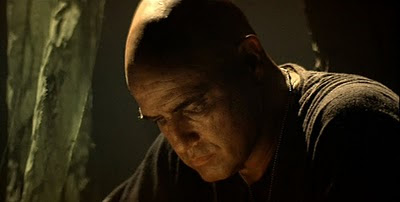 He Coulda Been a Defectah
There are several films that McQueen turned down because of a lack of interest or problematic preproduction, among them Dirty Harry, The French Connection, First Blood and even Close Encounters of the Third Kind. The one that’s most intriguing, though, is Apocalypse Now, given how easily it could have been a reality. McQueen was first offered the role of Willard, and then, after turning that down, the role of Kurtz. But McQueen intentionally priced himself out of the running, not wanting to spend so much time shooting in a foreign country, having already had a healthy dose of that for The Sand Pebbles. Francis Ford Coppola clearly wanted McQueen, and the project started roughly on time (though it famously didn’t finish that way). So had McQueen been more interested, he’d have been in that picture. The mind boggles trying to imagine if McQueen would have elevated the film’s twisted greatness, morphed it or neutralized it. McQueen as Kurtz is a strange but potentially interesting twist. It’s hard to picture, but not impossible. On the other hand, one doesn’t have to try very hard to imagine McQueen in The Bodyguard, which was originally conceived for him and Diana Ross. 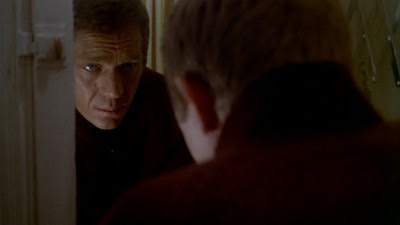 The Remake I’d Endorse
There are only two McQueen films that I consider sacred and untouchable as far as remakes are concerned: The Great Escape and The Magnificent Seven. Those films have a distinctive magic that I don’t think can be adequately duplicated or reimagined (so let's not try, Hollywood, OK?). On the other hand, the remake I would love to see would be Bullitt by Michael Mann. Mann certainly has the resume for it. He seems to be evoking Bullitt in Heat, both in terms of the way Vincent Hanna (Al Pacino), like Frank Bullitt, is losing himself to the darkness of his work and in regard to the film’s climactic shootout in and around airport runways. Also, in Miami Vice, Mann created a film that niftily blends high-caliber action with a sort of romantic-cool mood that takes precedence over a muddled and somewhat inconsequential plot. Sounds like Bullitt. I’m not sure who would star in the picture. Daniel Craig might have been perfect, but now he’s Bond. Matt Damon could have worked, but now he’s Bourne. So maybe one of the Miami Vice stars: Colin Farrell or Jamie Foxx. Or maybe a redefining role for Michael Fassbender, Ryan Gosling or Jeremy Renner. Damn. Heath Ledger might have worked, too.
Posted by Jason Bellamy at 8:14 PM

The poster for "Bullit" is one of the coolest images ever made. It's as close to art as American movies allow themselves to get.

I guess you've explained why I'm often confused whether it's BULLITT with one T or two.

Yes! I was waiting for someone to use the phrase "Bullitt Points." I would have done so if I had written about that film.

As far as "what ifs," I often wonder about actors who died early. Sure, premature deaths are tragic, but who knows? Maybe Grumpy Old Men might have starred James Dean and Steve McQueen if things had turned out differently. I can visualize McQueen in First Blood moreso than Apocalypse Now.

These are delightful ruminations. The crucial necessity of widescreen DVDs is well explained here. If you haven't seen a classic since VHS days, get it on widescreen for a whole new experience! I'm up for a treat when I watch my new DVD of Nevada Smith - only had it on VHS though I had seen it once in the movies.

Strangely enough - I watched The Getaway last night and I noted how the beating he gives the guy on the train was very odd - and brutal. In fact, the whole film is kind of brutal.

Thanks for the comments, fellas.

Clarence: I'm with you on the artistry of that Bullitt poster. Love it. Still.

Tony: I did some clicking around online and found the same orange poster I have with the CORRECT spelling in the blurb. So it was corrected for some at some point. Not sure how many there are like mine.

Jamie: Yeah, who knows what McQueen might have gotten himself into. Apocalypse Now is easy for me to imagine -- with McQueen as Kurtz, I mean -- because really all you need from the persona playing that role is a presence worthy of being talked about and anticipated the entire film. McQueen's Kurtz wouldn't have been anything like Brando's. Instead, it probably would have been like a combination of his imprisoned Papillon and Doc McCoy. But give the guy some close-ups and he would have dominated the screen like usual.

Hokahey: Well, The Getaway is Peckinpah, so I suppose brutality comes with the territory. It's not my favorite McQueen film, but it's the one that increasingly grows on me the more times I watch it.