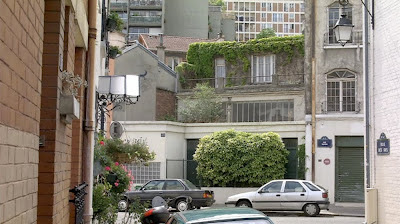 After an unusually lengthy delay, The Conversations series is back with, well, an usually long discussion – even by our unusually long standards. This edition’s subject is Michael Haneke. His latest film is the talk of Cannes. But you’re probably not there, so how about reading about his previous features: The Seventh Continent (1989), Benny’s Video (1992), 71 Fragments of a Chronology of Chance (1994), Funny Games (1997), Code Unknown: Incomplete Tales of Several Journeys (2000), The Piano Teacher (2001), Time of the Wolf (2003), Cache (2005) and The White Ribbon (2009). Haneke’s films can be a challenge to endure – often by design – but they provide much to discuss: lingering long takes of banal activity; cruelty to animals; cruelty to characters; hopelessness; hopefulness and more. As usual, Ed Howard and I invite you to head on over to The House Next Door and tell us what we missed in the comments. It’ll probably take you a while to get through the piece, but that’s OK. We’ll wait.


Click here for an archive of The Conversations.
Posted by Jason Bellamy at 8:00 PM

Email ThisBlogThis!Share to TwitterShare to FacebookShare to Pinterest
Labels: The Conversations

Sorry, I am leaving my comments here - Slant's website refuses to register me (!). I must have tried several times and it would never let me comment over there.

Anyway, you and Ed are wonderful to read, and I can't imagine having anything worthwhile to add to your thoughtful, in-depth dialogue about this challenging director.

Since Code Unknown, I've made it a point to see all of his films (and a few from before that movie, which didn't impress me as much), and I consider him one of Europe's finest.

I know this isn't a suggestion box, but I want to nominate a couple other directors for possible future conversations between the two of you guys: Pedro Almodovar, Mike Leigh, and Wong Kar Wai.

Keep it up! Love it.

Michael Haneke is one of the only few directors that I had watched all of his features (except the latest Love and the remake Funny Game). He's probably one of the best working director right now. If you haven't had a chance to wacth his debut The Seventh Continent, I highly recommend you to watch it. This is my personal favorite of Haneke.