The Truth Hurts: Body Of Lies 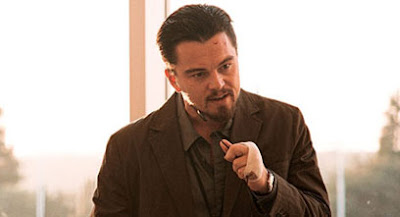 One of the trickledown effects of the unrestrained militaristic action films of the 1980s – the stuff of Sylvester Stallone, Arnold Schwarzenegger and Chuck Norris – was a lasting sense that the seriousness of a movie decreases as the number of onscreen kills and explosions increases. Often that’s the case. Of course, the byproduct of that tenet is the sense that the opposite must be true – that the less the action in a militarily-minded movie the more highbrow the content. Based on that latter rule of thumb, many are likely to tout Ridley Scott’s Body Of Lies as a highly intellectual affair. But it isn’t. Starring Leonardo DiCaprio and Russell Crowe as ideologically opposed anti-terrorism agents with the CIA, the film repeatedly demonstrates its intent to talk first and shoot later, yet its conversations are empty. Body Of Lies has the manner of cerebral cinema but not the ideas.

Of the film’s many failures, the biggest is that it’s a bore. William Monahan’s screenplay, based on a novel by David Ignatius, is packed with clichés, contradictions, dead ends and unrewarding convolution. Over and again, Body Of Lies makes the sort of the all-too-routine errors we would otherwise be happy to ignore if only there were something interesting to distract us. But there isn’t. In DiCaprio and Crowe, the movie possesses two of the most capable actors working today, each of them able to carry a film with the presence of a star and the conviction of a character actor. But both are wasted here. Playing one-dimensional roles, they act accordingly. Consequently their performances feel mailed-in. Er, phoned-in, I should say. After all, DiCaprio and Crowe spend most of the movie yapping on their cell phones – just one of the many elements that left me annoyed.

Here are some others (spoilers ahead) …

* As Body Of Lies opens, Crowe’s Ed Hoffman delivers a primer on the state of Middle Eastern terrorism, explaining how the terrorists have confounded their technologically superior foes by going “old school.” How do you avoid computer and cell phone surveillance? Simple: by not using computers and cell phones – relying instead on hand-passed notes and face-to-face communication. Makes sense. What doesn’t make sense then is why a terrorist-camp raid by DiCaprio’s Roger Ferris inspires a hurried effort by the bad guys to destroy CDs and computers. And what also doesn’t make sense then is why, later, Ferris cooks up a scheme that assumes e-mail and the Internet are primary tools of terrorist communication. If indeed the terrorists have gone old-school, as Hoffman proclaims, they don’t appear to know it.

* Speaking of technology: As I watched Body Of Lies, I found myself thinking of Roger Ebert, who likes to take the whoopin’ stick to films that attempt to pass off furious typing as exhilarating action. (For example: In Ebert’s review of Deception, which he calls “jam-packed with all the thrills of watching that little progress bar grow and grow until it fills the allotted space in the pop-up box on your computer screen,” he begins: “What can compare to the white-knuckle suspense of uploading a file?”) There’s plenty of that here. And what’s worse is that the protagonist is rarely at the keyboard. Though there is a scene in which Ferris is nearly caught using someone else’s laptop, more often than not he simply assumes the part of tech support and barks orders over his cell phone to an assistant at the controls (“Okay, now I want you to use the fake e-mail address to send the following message …”). That isn’t action. It’s lazy plot exposition.

* And then there’s this: The guy Ferris plays Geek Squad for is supposed to be a computer expert in his own right. Which begs the question: If the tech whiz can’t make a single mouse click without instructions from Ferris, why is he there? The character is pointless. Of course, I guess I should be thankful that the computer geek isn’t some cinematic cliché – the only guy wearing sweatpants in a room full of the nattily clad, or something like that. Nah, in Body Of Lies the computer geek is a recluse living in a wilderness hideaway with a pet parrot and a collection of computer monitors. You’ve never seen anything like that before, have you?

* You have? Oh. Then this, I assure you, is a cinematic first: In one scene, a terrorist picks up an “old school” printed message with directions for a car bombing. The message, presumably written for just one person, is printed in Arabic … and in English. Huh? At first that wouldn’t seem to make sense. After further thought, though, I realized it’s a subtle clue that the bomber is planning a trip to America. The note is more than a bombing directive. It’s also an English-language flashcard! Brilliant! Because it couldn’t be brainless filmmaking, could it?

* Which reminds me: When will filmmakers learn that ‘more cuts’ doesn’t mean ‘more interesting’? Body Of Lies features two car chases so chaotic that they make the action in The Dark Knight feel straightforward. Meanwhile, when it comes time for a character to have his fingers broken with a hammer, we are treated to two unflinching close-ups. You’d think it would be the other way around.

* On the subject of things that are as obvious as a blow from a hammer: When Golshifteh Farahani hits the screen there’s no doubt – none – that her Aisha, one of only two female characters in the entire film, will form a romance with DiCaprio’s Ferris. Likewise, there’s no doubt that at some point Aisha’s life will be in danger due to the relationship. Even more, there’s no doubt that the heroic Ferris will do a number of stupid things to try and save her. All of this we know immediately, because this happens in movies all the time. Fine. But, then again, not fine. Because for a guy who would rather be gunned down by a friend than be taken alive by terrorists, Ferris’ willingness to destroy his entire operation for a young woman he barely knows isn’t a sign of gallantry. It’s the sign of a one-dimensional character losing his only dimension. And what are we left with then?

* Which brings us here: The most unforgivable mistake of Body Of Lies is that its two main characters are as complex as pancake batter. Monahan pours them into the story without shape, detail or depth. In his screenplay for The Departed, Monahan demonstrated an ability to expose the psyche of his characters through action as much as dialogue, but none of that is on display here. At the end of the movie, after two hours playing “Can you hear me now?” on their cell phones, Ferris and Hoffman are no better defined than they were 10 minutes in.

The sure sign Body Of Lies gets it wrong? Despite constant attempts to wow the audience with check-this-out high-tech gadgetry – specifically go-anywhere bird’s-eye-view video surveillance that has the clarity of Blu-ray – Scott’s film had me yearning for a comparatively old-school tech woe: the dropped call. Anything to make it shut up.
Posted by Jason Bellamy at 2:43 PM

I agree with a lot of your observations about this problematic film. Yes, the action sequences were too sharply cut. Those RPGs come out of nowhere and you don't know which one hits what. And in the car chase/shootout when his companion flew through the windshield, I had no idea who that was!

And there were some bad scenes and some bad writing. The terrorist leader taunts Ferris by wondering if he expects the cavalry to ride to the rescue, and then the cavalry basically comes to the rescue at the VERY LAST second!

But I liked aspects of this film. I liked how it showed the power of our technology - how the agent can talk on his cell to the U.S. while they're looking at a close up of him from a satellite. I liked that Ferris was kind of a Lawrence of Arabia type guy who spoke the language (even though he didn't pronounce "Baghdad" like an Arab) and was sensitive to Arab culture - going through with the ordeal of lunch with the Arab-Iranian girl's sister.

But, all in all, this was a poor effort for Ridley Scott. His use of the same location (the poorer district of Sale, which is across the river from the Moroccan capital of Rabat) from "Black Hawk Down" sent a reminiscent shiver down my back recalling that awesome, superior film. (Also, there's a shot of an outdoor cafe under a portico with a mosque tower in the background - that's in Rabat; I've stood there.) So, I guess I'm saying I enjoyed it simply for the locations.

Even though films about current goings on in the Middle East are flopping or being ignored, I hope they still make them. Even though this was not a great film - nor was last year's "The Kingdom" - I really respect how those films (and "Rendition") present Arabs in a realistic, positive way and, often, show their customs respectfully. I loved the chief of police in "The Kingdom." I would love to see a well-made film about the situation in Iraq with main characters who are Arabs - with a focus on them and their problems - the invasion of Iraq from the point of view of an Iraqi family, for example.

This movie is definitely one the best of 2008