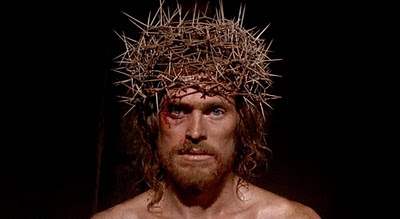 I'm pumped to report that there's a new edition of The Conversations at The House Next Door. In this edition, Ed Howard and I discuss Martin Scorsese’s The Last Temptation of Christ and Mel Gibon’s The Passion of the Christ, two movies that are similar in subject only – and even then only slightly. Ed and I debate the messages of the films, both in terms of perceived intent and ultimate effect, but we also discuss the filmmaking in general. This is our second Conversations piece to appear at the recently redesigned The House Next Door, and I’ve noticed that comments at the site have reduced since it became partnered with Slant Magazine. I can only assume that’s because commenters must create new accounts to comment. Well, those accounts are free and easy to set up, so what are you waiting for? Ed and I love to see our discussions and debates extended in the comments section, and that can’t happen without your help. Please head over to The House and join the conversation!

Previous Editions of The Conversations: