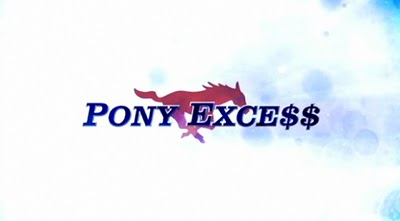 As the “30 for 30” series winds to a quasi-close, executives at the self-proclaimed Worldwide Leader in Sports have many reasons to celebrate. ESPN Films’ unprecedented documentary series, which provided 30 different filmmakers with carte blanche to explore their own sports fascinations from the past three decades, has been remarkably successful, turning out at least two highly engaging films for each clunker, with only one outright flop. At its best, the series has observed the point in which the athletic world and the real world collide (June 17, 1994 and The Two Escobars), probed into athletes’ troubled minds (Run, Ricky, Run and No Crossover), made us laugh (Winning Time), made us cry (Into the Wind), rejuvenated memories of fallen heroes (Guru of Go) and resuscitated bygone villains (The U). It has allowed us to look back on past events with perspective. Often, it has reminded us of how different things once were. But with its final* film, the “30 for 30” series looks back to the past to bring us to the present. Pony Excess is about the college football dominance of the pay-to-play Southern Methodist University Mustangs back in the early 1980s, and as chance would have it, the film premieres immediately following the ceremony in which Auburn University’s Cam Newton will almost certainly be awarded the Heisman Trophy as the nation’s most outstanding college football player in 2010. Over the 14 months that ESPN has been releasing these films, effort has been made to match the documentaries with the sports that are in season, but this is synergy of a whole other level. Bill Simmons and the series’ other creators must be high-fiving one another about the timing.

Newton, as any college football fan knows, has led Auburn to this year’s national title game with tremendous athletic prowess, a winning smile and, over the second half of the season, a whole lot of controversy. In November (well after Pony Excess was slated for its December release), reports surfaced that Newton’s father told a booster at Mississippi State that only an under-the-table payment of $180,000 would get Cam to play football there. The NCAA is investigating the situation, but thus far Newton hasn’t been suspended, in part because the NCAA has found no evidence that Cam knew about his father’s illegal pimping or that he received a similar enticement to attend Auburn. To this, many sports fans call bullshit. (If Newton’s father dropped Cam’s going price from $180,000 to free, he either had a Disney-esque change of heart or he’s the world’s most inept crook; both seem unlikely.) Pony Excess only accentuates the stain. Thaddeus D. Matula’s documentary is an intense, in-depth profile of corruption. And though its subject is specific, the shadow it casts is enormous. What made SMU special on the football field in the early 1980s wasn’t just that a cadre of its boosters (and school administrators) revolutionized the process of illegal paid recruitment, going so far as to actually sign contracts, en route to stockpiling some of the nation’s best talent, it was also that said talent consistently went to the highest bidder. Pony Excess might be about the shady policies of SMU, but it also makes clear that if there’s an (illegal) offer on the table, a player is almost sure to take it.

So, in the debate over Cam Newton’s guilt or innocence, consider Eric Dickerson. Perhaps the nation’s top recruit coming out of high school, Dickerson first made a verbal commitment to Texas A&M, thanks in part to a car that had been purchased on his behalf by Aggie boosters. Well, technically, documents suggest that Dickerson’s grandmother bought him the car – a gold Trans-Am, just the sort of practical automobile you’d expect from Grandma – but numerous talking heads in Pony Excess suggest otherwise. Regardless, Dickerson was going to be an Aggie. And then, at the last moment, Dickerson signed with SMU. According to Dickerson, he just didn’t want to be an Aggie. But according to former members of SMU’s coaching staff, Dickerson got a better offer. Pony Excess includes several former SMU insiders who are surprisingly and refreshingly candid about the nefarious activities that were rampant in the SMU program in the 1980s, but Dickerson, all these years later, remains steadfast in his denial – or at least avoidance – of complicity and culpability. He, like Cam Newton, would like us to believe that he was the exception to the rule, despite significant circumstantial evidence to the contrary. In his interviews for this film, Dickerson comes off like a guy who believes that slipping by around the edge of admission, the way he used to get to the outside in SMU’s almost unstoppable option attack, he’s being charming. It could be a forecast of Cam’s future.

But enough about the moment. Let’s dig back into the past. Because one of the things Pony Excess does well is recreate the era in which these events took place. At 102 minutes, Matula’s documentary is one of the longest in the “30 for 30” series, and it uses a good chunk of that bonus time to put us in touch with early-1980s Dallas, a city populated by wealthy oilmen who had lots of cash and were desperate to prove it. For men trying to become real-life incarnations of J.R. Ewing, college football boosterism provided an all too perfect opportunity for dick swinging. By giving top high school athletes briefcases full of cash (and other bonuses) to attend their favorite schools, these white collar cowboys didn’t just make their favorite school more competitive, they demonstrated their own personal worth in the process. When SMU built one of the nation’s top programs seemingly overnight, the program’s boosters could extol the Mustangs’ wins as if they were their own. Because to a large degree they were. The Mustangs were so talented, at one point pairing – in Dickerson and Craig James – two of the best running backs in the country, that they won before they got on the field. The games weren’t fixed, but the wins were essentially purchased.

The trouble with that kind of arms race is that eventually any sense of restraint is forgotten. As SMU boosters became more brazen in their attempts to land recruits, even after being sanctioned by the NCAA, they did so in the vicinity of two newspapers in an arms race of their own. It was like dropping a duckling between two wolverines, or more. The Dallas Morning News and Dallas Time Herald fought to expose the pay-for-play scandal, but it was a Dallas TV station that landed the tell-all interview with a disgruntled former Mustangs player that set the wheels in motion for SMU’s eventual, unprecedented “death penalty” suspension, which directly canceled an entire season, slashed scholarships and eliminated national TV coverage and bowl appearances and indirectly made SMU an entirely irrelevant football program for about 25 years – a punishment that one could argue was too late or too harsh, or both. Whatever your opinion, Pony Excess does well to chart the cost. With its fast-cut editing and barrage of talking heads, Matula’s film is equally invested in SMU’s rise and its fall – everything in immoderation. This is the kind of story that makes sports fans cringe. Many of us fear that’s what’s past for SMU could be prologue for our own favorite team. For years, SMU had all the glory money could buy. Eventually, they paid for it.

* Alex Gibney’s Steve Bartman: Catching Hell, originally slated to be part of the “30 for 30” series, is supposed to be released in 2011.


Pony Excess premieres tonight on ESPN at 9 pm ET, and will rerun frequently thereafter. The Cooler has reviewed each film in the “30 for 30” series. See the archive.
Posted by Jason Bellamy at 7:00 PM

Editor's Note (12/12/10): If you came here Saturday looking for my "30 for 30" review -- and I'd like to flatter myself with the thought that at least someone did -- you didn't miss it. Due to circumstances with the day job, I was unable to post this on the date of its premiere. But rather than rewrite the tense, I'm backdating this post to Saturday.

Yes, Cam won. It wasn't even close, as you can imagine. This is a great review, Jason, and this is the one 30 for 30 that has me regretting dumping my cable. I remember seeing this on the docket of films to be released and thinking that it had the potential to be one of the most interesting as long as the interviews were candid; it sounds like that's the case. I'll have to find a way to watch this...I think Netflix has these available.

I'm curious, though: does Craig James appear in the doc? I'm wondering if his presence or absence (or what he'd be allowed to say) is dictated by him being employed by ESPN?

Good question: Yes, James is in there. I was going to comment on his presence in my review, but reached the end without doing so. So my thoughts here ...

Whereas Dickerson comes off as a liar who seems to think he's being charmingly evasive and convincing at the same time (kind of O.J.-esque, actually), James manages to avoid having a finger pointed at him. I presume that has more to do with the difference between the way Dickerson and James were covered then than it does with the way the documentary approaches them: there happens to be archival interview footage with Dickerson on the topic of aggressive (illegal) recruiting, while the old footage from James involves an interview with this then-girlfriend (now wife) about how Alabama tried to recruit James by recruiting her. It's a charming story, and probably true, but it manages to imply -- intentionally or not -- that James was never on the take, which seems extremely unlikely.

This wouldn't be so irritating if not for the fact that (a) James is an ESPN employee and (b) James is less than a year removed from taking down Mike Leach for behavior that is shameful but not, I don't believe, in direct violation of any NCAA rules. (That was just last year, right?) So I would have loved to have seen James grilled a bit. Still, even Dickerson admits that SMU was innocent, and there are so many talking heads who confirm that guilt, that the kid gloves treatment of James isn't that big a deal.

As I recall, you liked The U, and this has a similar feel: similar length, similar barrage of talking heads finishing one another's sentences, but with a more serious tone. The fact that Skip Bayliss is a significant presence in the film and I still enjoyed it might be the best praise I can give it.

Check it out, for sure.

This one sounds great to me as well -- it's fascinating to see that not much has changed in the way of cheating in college football in all these years. Honestly, I don't really bat an eye at it anymore, instead just assuming that every school is doing it to a point. Frankly, I could care less if a kid that the schools are making millions off of, like Newton, gets some kind of money out of it in the here and now (though I understand the whole slippery slope argument about paying the college football players).

Too bad for Reggie Bush he didn't know that he just had to use his dad as a shield for any illegal things that happened in his name or else he'd still have his Heisman today!

Craig James is a smarmy ass. Always has been and his role in the SMU fiasco has been pretty well documented and it sounds like it's whitewashed here. Typical ESPN.

Kevin, I'll keep this on my DVR until you get a chance to come over and watch it...