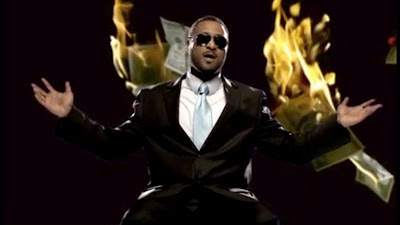 If you follow baseball even slightly, you've probably heard about a little controversy we've had here in Washington, DC, about the shutdown of Stephen Strasburg. If you're unfamiliar, the gist is this: The Washington Nationals went into the season planning to cap their stud pitcher's workload around 170 innings, because Strasburg is coming off a significant arm injury and the Nats felt that by limiting his output they could reduce the risk of repeat injury sometime in the future. For a developing franchise, this was a no-brainer, but then the Nationals had the audacity to become a very good baseball team much faster than many expected, and suddenly the Strasburg Patience Plan meant that the Nats would be voluntarily benching one of their best players when the games mattered most. Opinion spewers across the country lined up to suggest that the Nationals were foolish: Strasburg wanted to continue pitching and professed to have no discomfort in his arm, so why sit him? The answer, of course, is that all injured athletes have something in common: before they get hurt, they feel healthy. The Nats took the ball out of Strasburg's hand precisely because he wanted to continue pitching, and almost certainly would have done so until the season ended or his arm fell off - damn the long-term risks. The Nats stepped in because they had evidence to suggest that doing so was in Strasburg's best interest in the big picture, and thus also theirs. In short, the club saved Strasburg from himself, thinking about tomorrow for a guy with competition-induced myopia for today.

All of that is the long away around to discussing Broke, the first release in ESPN Films' second official volume of "30 for 30" documentaries. Broke isn't about Strasburg, or players coming off major injuries, but it is about professional athletes, convinced of their invincibility, taking short-sighted risks because they fail to appreciate the potential ramifications of those risks on the rest of their lives (no doubt in part because they lack a true appreciation for the vastness of "the rest of their lives" and because they refuse to accept that "the rest of their lives" is far more likely to start tomorrow than 10 years down the road). As evidence of this behavior, Broke opens with a two mind-blowing statistics: 1) "By the time they have been retired for two years, 78% of former NFL players have gone bankrupt or are under financial stress;" 2) "Within five years of retirement, an estimated 60% of former NBA players are broke." If those figures seem high, they probably are; one talking head in Broke acknowledges that the numbers, from a 2009 Sports Illustrated article, are likely inflated. But the scary part is that they're in the ballpark, which is why our knee-jerk disbelief says more about our own (willful?) ignorance than about Sports Illustrated's research methodology. Given the media's recent (and overdue) fascination with concussions, which has turned that devastating condition into a hot topic, perhaps it's time to consider that financial catastrophe is professional sports' true "silent epidemic."

Broke doesn't try to make that case, it just shines a black light on our mental image of high-paid professional athletes so that we can never see them the same way again. Directed by Billy Corben, the 77-minute documentary is built from the same breathless barrage of talking heads that powered his previous "30 for 30" installment, The U. Interviewees include former NFL quarterback Bernie Kosar, former MLB pitcher Curt Schilling and always transfixing former NFL wide receiver Andre "Bad Moon" Rison, all of whom have gone bankrupt, but for mostly different reasons. Broke begins where many of us who have heard tales of millionaire athletes blowing their fortunes expects it to begin, with horror stories of absurd spending on houses, cars and jewelry — things that financially irresponsible athletes tend to accumulate in greater quantities than they can actually use. The documentary then moves to notoriously expensive social activities, like picking up the five-figure bar tab for your friends, your friends' friends and maybe even your friends' friends' friends, or "making it rain" at a strip joint, tossing cash in the air and onto the stage — literally throwing money away. None of these behaviors inspire sympathy. I mean, sure, many of these athletes are in their early 20s and suddenly sitting on a lottery-like sum of loot that they spent their entire life working hard to earn. But how do athletes who grew up without all this material wealth suddenly acquire such expensive tastes?

Corben's film has an answer: competitiveness. Professional sports collect some of the most competitive people on the planet — no, more than that, some of the most successful competitive people on the planet. These are individuals who have been "The Man" on almost every team and in almost every social circle they've been in, and just like athletes are wired to be the alpha dog on the field, they tend to want to lead the pack off the field, too. From afar, it seems nothing short of immature to want to one-up your peers' extravagant spending, and, yeah, it's that. But our knee-jerk derision is an example of our typical double standards with athletes: just like we tend to criticize them for leaving their current place of employment to take the biggest salary they can find, even though we'd likely do the same, we criticize them for feeling insecure when their peers gain more wealth and status, even though we'd likely feel the same. Think of it this way: if you and your childhood friend came through college with roughly similar experiences and successes, and then your friend immediately landed a corner-office job and salary enough for a sweet ride, wouldn't it eat at you to sit in the cubicle 10 feet away and to park your Dodge Stratus next to your friend's Mercedes? Image matters to almost everyone, and professional athletes reach the top by refusing to be second at anything. Imagine how difficult it must be then for a second-round NFL draft pick to accept that his signing bonus and salary don't put him in the same tax bracket as his team's first-round pick, however similar their chances of making an impact on the field might be.

That brings up one of the dirty little secrets of this epidemic that Broke illustrates very well: many professional athletes aren't actually millionaires, they just spend like it and we treat them like it. As former NFL player and coach Herm Edwards says, there's a problem when you have beer money and champagne taste, and many players making close to the league minimum fall into the trap of trying to spend like the superstars with the appropriately super contracts, signing bonuses and endorsement plans — behavior that's roughly equivalent to the summer intern trying to spend like the CEO. Such habits are particularly risky in the NFL, because unlike MLB and the NBA, NFL players are only guaranteed the money in their signing bonus; the rest of their multi-year, multi-million-dollar contract can vanish with their roster spot, a disappearing act that almost always comes before the player is ready for it (very few athletes leave pro sports on their own terms). Still, there's no excuse for anyone to be living five-, six- or seven-figure paycheck to five-, six- or seven-figure paycheck, and Broke points a damning finger at the immaturity of these players, the irresponsibility of their agents and the failure of college systems that birth athletes to the pros with only an infant's understanding of taxes, alimony, child support, small-business risks and the relative ephemerality of even a long professional sports career. And yet Broke also makes a compelling case that in at least a few ways these guys — they're mostly guys — are victims, too.

As it turns out, a professional athlete's worst allies when it comes to smart financial planning are the people he should be able to trust most: friends and family. As soon as the money rolls in, so do the outstretched hands, from people needing to pay their mortgage or be bailed out of debt, from family who think they're owed something, from friends who want to start a business at the athlete's risk and expense. Never mind the shady crooks in suits who siphon money away from athletes who don't know quite how much they've earned or lost, friends and family can milk a professional athlete dry. "They stick it to you more than anybody," former NFL linebacker Keith McCants says, "because what are you going to do to 'em, what are you going to say to 'em?" Kosar, who had much of his fortune mined out from under him by his parents, is one of the most tragic figures in Broke, not least of which for the way he fidgets during his interview, spotted with sweat and speaking with a slur (he's admitted to past drug and alcohol abuse, and one wonders if he might also be suffering from the effects of repeated concussions), and at no point is Broke more heartbreaking than when Kosar reveals that filing for bankruptcy was "a blessing in disguise, because when people don't think you have money, they don't call you as much — family included."

Shocking, sobering and sometimes just sad, Broke is yet another terrific installment in the "30 for 30" franchise, and a promising start for this official second run. It may also be the first documentary in the series with the potential to bring about positive change in sports. Mentioned in the documentary are the rookie symposiums put on by many pro sports leagues and teams with the hope of protecting these athletes from the risks of their new professions. But mentioned just as quickly is the limited success of these programs, and maybe the reality is that having former players preach to a bunch of young adults in a classroom setting isn't the best way to get the message across. Maybe a more effective approach would be to give rookies (and veterans) a copy of Broke, so they can be pounded by horror story after horror story, lesson after lesson, from the verbal tsunami that characterizes Corben's "30 for 30" aesthetic. Athletes could watch Broke from the comfort of their own living room — hopefully before their living room is in a house with too many bedrooms and not enough garages.

Broke premieres tonight on ESPN at 8 pm ET, and will rerun frequently thereafter. The Cooler hopes to review each new film in the "30 for 30" series upon its release.
See the Volume 1 and Volume 2 archive.

Posted by Jason Bellamy at 6:10 AM